Blog: In the officer’s chair

In the officer’s chair – Elise Droste

I’ve come up to the bridge, where it’s very quiet at the moment. The silver lining, or should I say white lining (?), of the medevac was that we had a white Christmas. We reached the ice in the morning of Christmas day. Despite the long Christmas celebrations of Weihnachtsabend (an evening to forever remember), I spent the entire day out on deck, listening to the glorious crushing sounds of the ice underneath Polarstern’s hull. I’ve seen a seal (Crabeater) and penguins (mostly Adelie and one Emperor). It’s safe to say that I’ve had one very merry Christmas indeed! 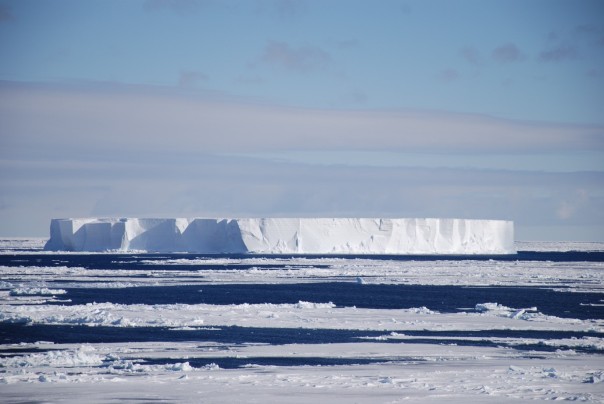 A magical white Christmas on RV Polarstern in the Antarctic sea ice, 2018.

Scientific activities have been very little to none due to our urgency to get to Novo. So I’ll take this opportunity to tell a little bit more about why I’m actually on this ship. This cruise is part of my PhD, which I started last September at the University of East Anglia. I’m primarily taking water samples along the ocean column, which I’ll analyse for dissolved inorganic carbon and total alkalinity later this year, and deploying a number of Argo floats. I’ll be using the data derived from these to understand processes that affect the carbon uptake by the Southern Ocean (specifically the Weddell Sea). One of the factors that plays an important role in this is sea ice, which to a certain extent hinders the exchange of carbon between the ocean and the atmosphere. One of the major challenges in this field is the scarcity of data in the Weddell Sea. This is due to the general rough conditions to get here, but especially the inaccessibility during the winter months when sea ice keeps defies even the strongest ice breakers. This is where the Argo floats come in.

Floats are devices that drift along with the ocean current at about 1000m depth. Every ten days (or whatever you set the cycle to), they will adjust their buoyancy to sink to a maximum depth of 2000m, after which they will come back to the surface. During their ascent, they take measurements. For the Core Argo floats (of which I’ll be deploying three from the UK MetOffice), these measurements only include conductivity (as a proxy for salinity), temperature, and depth. For the biogeochemical (BGC) Argo floats (of which I’ll be deploying two from the UK MetOffice), additional measurements include those for dissolved oxygen, irradiance, fluorescence, and backscatter. These sensors need to be calibrated, which is why it’s important for us to take additional water samples at stations where we deploy the BGC floats.

By deploying them during summer in a region that will be ice covered in winter, I’m hoping to get winter-time data when the floats profile underneath the ice. This is crucial in order to reduce the current bias we have in our understanding of biogeochemical processes in ice-covered oceans.

The deployment of the floats is part of the PICCOLO project (Processes Influencing Carbon Cycling: Observations of the Lower limb of the Antarctic Overturning). The hope is that the floats I’m deploying during this cruise will remain alive for the duration of the project and help reach its objectives in quantifying the carbon uptake of the Southern Ocean. 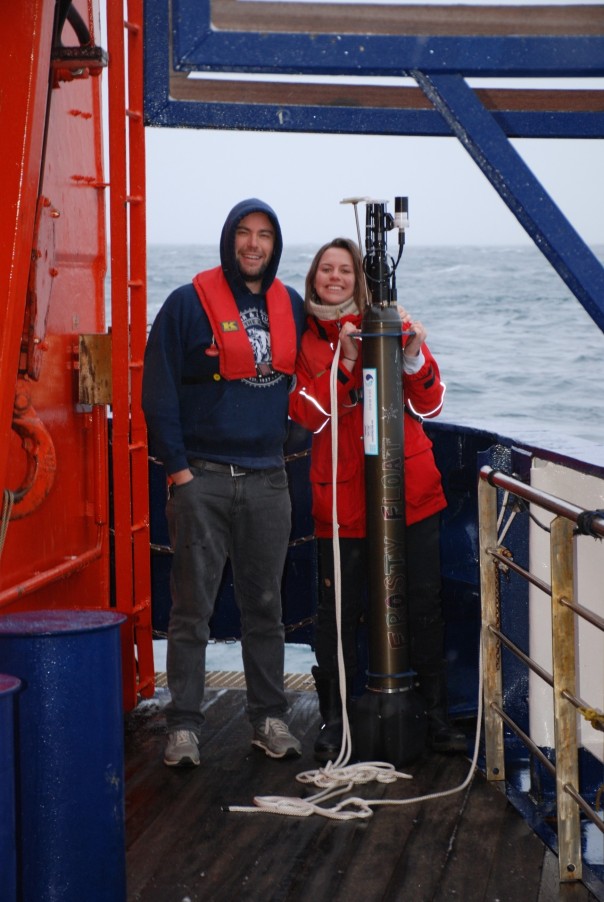 So as soon as we return back to the zero meridian, the hard work and unpredictable hours will continue. But at this very moment, as I’m on the bridge, sitting in the officer’s chair (being extremely careful not to accidentally nudge one of the controls that’s at an uncomfortable short distance from my knee), all I can think about is the incredibility of the view in front of me: scattered ice bergs in a silvery ocean.

← Blog: An Unexpected turn
Blog: “It’s like the Caribbean, but with ice bergs” →