Blog: Out into the Pacific Ocean

Posted on December 3, 2018 by carlasands

29/11/18
On the 28th November 1520 Ferdinand Magellan first passed through the waters below South America, that now bear his name. By some lucky quirk of fate, RRS Discovery was sailing through the Magellan Strait exactly 498 years later.

Magellan was so low on rations that his crew were eating leather by the time he entered the strait. However life on the Discovery could not be more different. At least three fantastic meals a day, each meal consisting of multiple courses keep the scientists and support crew energised and motivated. 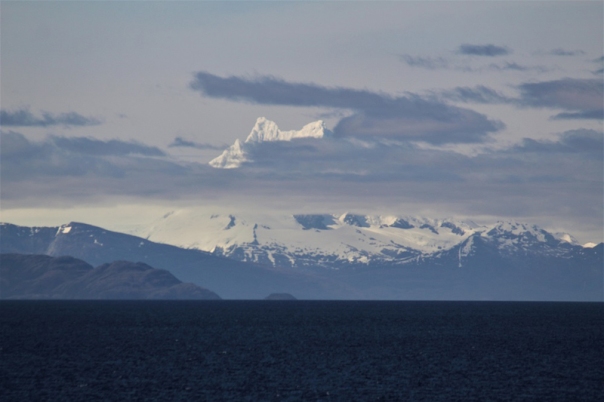 Magellan named the Ocean he found to the west of the straits ‘pacific’, meaning peaceful or tranquil, however the Discovery found a different ‘pacific’ …the boat started rolling for the first time and some people new to the ocean paid traditional homage to the sea gods.

Luckily we are still in Chilean national waters and had no real duties to perform. Hopefully all sea legs will have been found by tomorrow.

← Blog: Underway through the Magellan Strait
Blog: A word from the Woods Hole mooring team →